In 2003 the possibilities to go to the desert in North Africa were very limited so I thought give Mauritania another go.  I drove overland to Gibraltar and shipped over to Morocco, there like always was very relaxed travelling, such a beautiful country I call it “Afrique a miniature”.

In Mauritania I went to Atar, Chinguetti and Ouadane again, then I crossed the desert basically to the other end of Mauritania and ended up in Nema.  I was keen for a beer and as Mauritania is a Muslim country it is also a dry country, so I thought I'd cross the border to Mali, the shortest route and have a beer in the evening ….. three days and 450 km later I arrived in the first decent sized town in Mali!  What happened ..... there are no real roads which lead from A to B, instead the villages are connected by footpaths and a few dirt tracks good enough for carts.  My problem was the navigation, GPS was useless in these conditions and the maps didn't show any tracks so I made my way by trial and error, luckily I fueled up before I left Mauritania.  On the other hand I saw Mali from a side very few travellers would ever see!

Bamako the sticky, humid capital of Mali was my next stop before I went on to see Mopti and Djenne again.  My turning point for this journey was Ouagadougou in Burkina Faso from where I went straight back to Mauritania.  Memorable was my first night drive in the desert, not to recommend to anybody for safety reasons but it is something special to drive under the stars with good music from the tape and nothing else around to disturb your thoughts.

Back in Morocco I felt sick, the wind was cold and I thought I had a cold and nothing serious to worry about but I slept a lot and felt down, really down.  I crossed to Europe again and it got worse.  After I arrived in Germany I went straight to hospital to get myself checked out …. they kept me there in intensive care, I had another bout of Malaria. 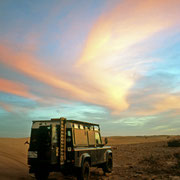 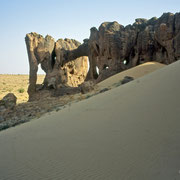 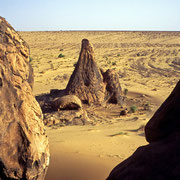 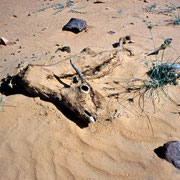 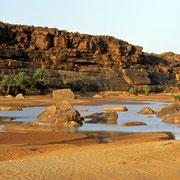 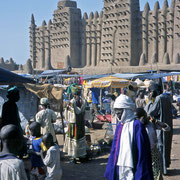 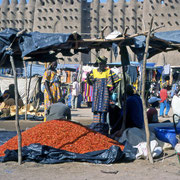 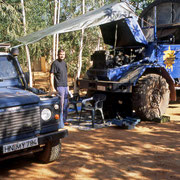