Shortly after Christmas a friend and I left Germany for Algeria.  The plan was to enjoy a desert ride with minimal baggage, we had no tent and shared all the essentials like tools, cookware, first aid kit … we really saved on everything, unfortunately we also saved on rain gear.  Robert my travel mate was the guy I crossed Zaire with in 1987, I knew I could do this trip with him, a tough and absolutely trustworthy guy.

January is winter in Europe and also in the Sahara Desert.  So we started our trip in lousy conditions, rain and snow as we passed the Alps and it continued to be cold even in Genova (Italy) where the ferry for Tunis leaves.  We arrived in Tunisia which we both knew well and for this reason went straight on to Algeria in expectation of warmer temperatures.  Shortly after Hassi Messaoud we dug a hole in the sand and buried our semi offroad tyres and fitted the knobbies we brought with us.  The idea was to save more weight for the trip and as the tyres were not needed they had a nice cool place near a palm tree for the next six weeks till we recovered them again for the way home.

We went on, had a lot of fun on the bikes and saw stunning landscapes, Oued Jerad, the Tassili, and different Erg's.  We always slept under the stars and because Algeria was known as an unsafe country we only saw a few other tourists, a time I enjoyed very much.

On the way back, 200 kilometres from our tyre depot the rear wheel of Robert's bike dissolved, he had a special mousse from Michelin called bipmousse in his tyres preventing them from getting flat on anything that penetrated them.  I had normal thick skin offroad tubes in my tires so it was on me to drive ahead, find the tyres, dig them out and bring them back to Robert which I managed and on we went with our travel.

As always there was no master plan so we decided to try the border to Morocco which was closed for a very long time and is still closed for political reasons.  Unbelievably we went to the Border and passed without a problem!  We had hit a brief period lasting only weeks where both countries tried to solve some border line issues.  Morocco was an easy breeze, drinking tea and pottering through souks.  We then crossed over to Gibraltar and from there drove basically four days in rain straight back to Germany.  Thanks Robert! 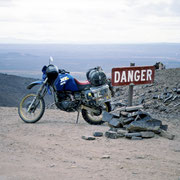 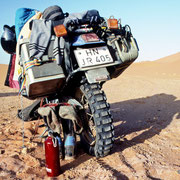 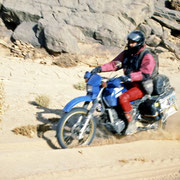 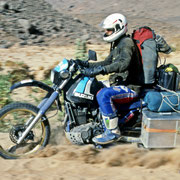 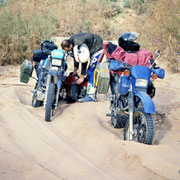 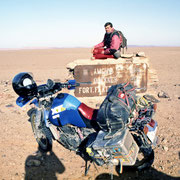 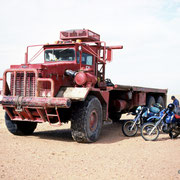 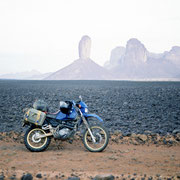 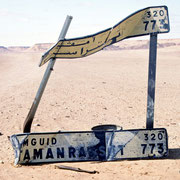 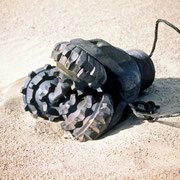 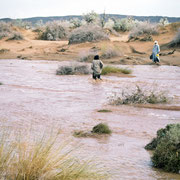 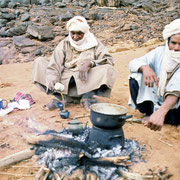 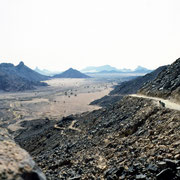 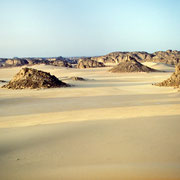 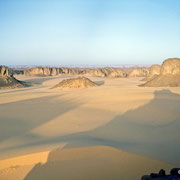 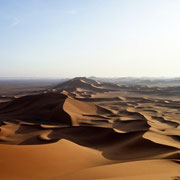 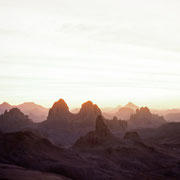 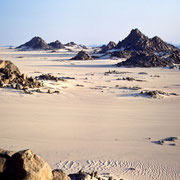 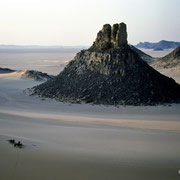 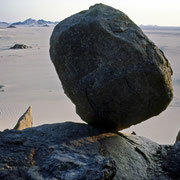