In 1985 I decided to go to Africa, the rough plan was to go to Togo in West Africa and decide from there.  The standard route at this time was Algeria – Niger – Burkina Faso – Togo, so I went to Algeria first.  For the motorbike I choose the BMW R 80/GS, this was my first and last 2 Cylinder bike, beautiful to ride on road but off road simply to heavy and not really strong enough build for this.  I had many problems with the bike in the desert, the worst was a broken driveshaft, then problems with the electric starter, fork seals and many, many minor problems.  I thought I would never make it to Togo on this bike and decided 100 Kilometers before the Niger Border to turn around and head back to Germany.

Despite the problems I got fascinated with the Sahara Desert which will remain as the most stunning landscape in my mind.  I travelled from Algier - Hassi Messaoud - Ilizi – Plateau du Fadnoun - Djanet – Erg Admer – Tamanrasset – Dunes de Laouni – Tamanrasset – In Ekker – Ghardaia – Tunisia.

If you think this was the end of my Africa encounter, not so!  I went back to Germany stored the BMW, bought a secondhand Yamaha XT500, equipped the bike with a larger tank and stronger suspension,  got new Visas and four weeks later I was on the road again but that's the next story. 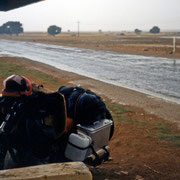 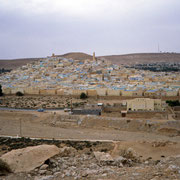 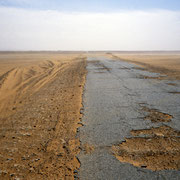 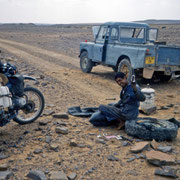 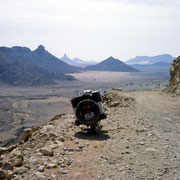 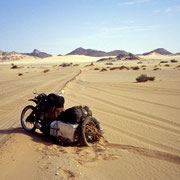 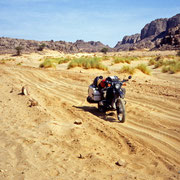 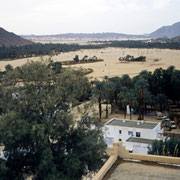 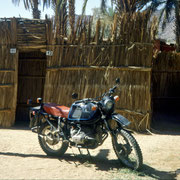 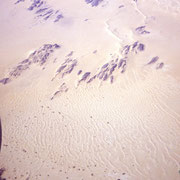 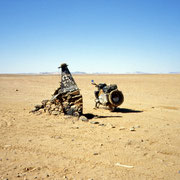 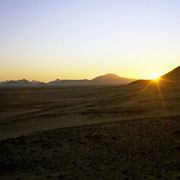 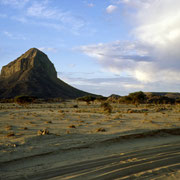 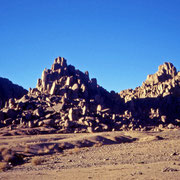 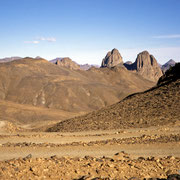 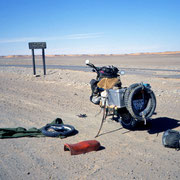