I made many of my longer journeys on motorbike, this little chapter is about the shorter travels like holidays or weekend trips.  In March 1984 I bought my first motorbike a Yamaha XT500 and my first tour on it took me to Munich to see a trade fair.  At this time I had no clothes for motorbiking and it was still winter in Germany so I ended using the old garbage bag trick as rain protection and stuffed newspaper under my street clothes as insulation.  I enjoyed the ride and got hooked forever!

The motorcycle for me was always about independence, adventure and fun, never about speed.  I always rode Enduros and never had a Streetbike.  My playground on long weekends was the Italian and French Alps, especially the old Military Tracks from WWI.  If I had 3 days off, I rode to the Cote d Azur for a Coffee and the good weather.

This time has many memorable stories like starting for a short trip in Germany in heavy rain, running into a hailstorm on the way, driving into Switzerland on snow covered roads and driving through the Gotthard Tunnel into warm rain then sitting an hour later on Lago di Como in a T-Shirt in the sun and sipping coffee.  Or to Mt Chaberton on the French-Italian border, a 2800m high fortress, which I have been to three times including two overnighters.  It never got boring, I remember an occasion when I was with a friend on a pass in Switzerland and the engine died ….. we dismantled the whole engine to the very last part, assembled it again before sunset and it started, then I rode another 400 Kilometers home.  Call me motorcycle crazy, I wasn't, I knew exactly what I was doing.  It wasn't always fun, very often I drove at night in rain or fog with low visibility when the trucks became my best friends, travelling at about the same speed with red tail lights leading the way.   In 1994 I sold my last bike and never looked back, there was nothing else to do for me on a motorcycle.

Unfortunately not many pics left from this time in my life. 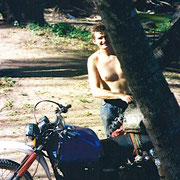 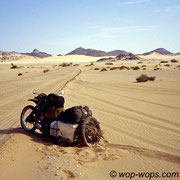 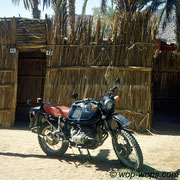 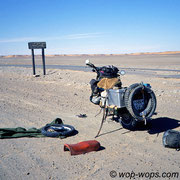 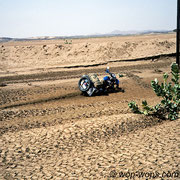 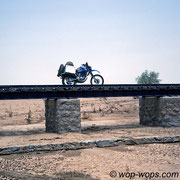 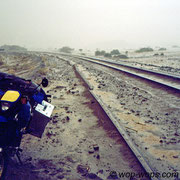 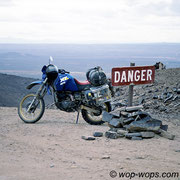 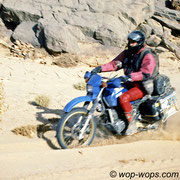 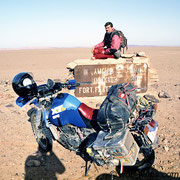 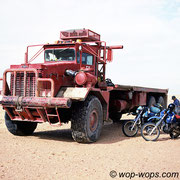 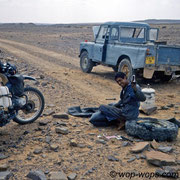